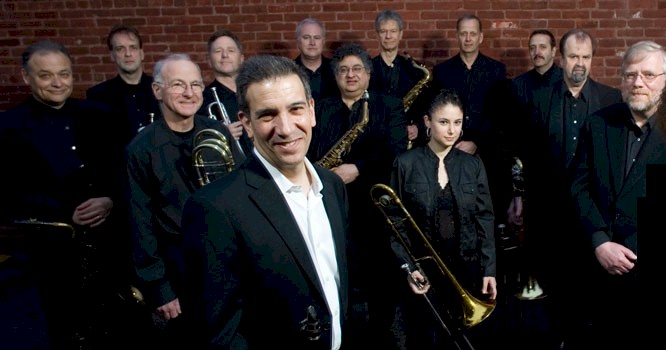 The Tom Nutile Big Band is one of the region’s premier swing bands. Our 17-piece ensemble plays weddings, galas, swing dances and ballroom dances, black-tie fundraisers, corporate functions, holiday and birthday parties and stadium concerts. Our big band has performed at many of the region’s best-known venues, including the Ritz-Carlton, the Museum of Fine Arts, the Hatch Shell on the Esplanade and Scullers Jazz Club in Boston and, in Worcester, the Hanover Theatre and DCU Center. We’ve put on outdoor summer concerts in more than 30 cities and towns in New England.

Our band’s roots go back to 1945, during the height of the swing era, when Tom’s father, Roy Nutile, then a teenager, got together with a childhood friend from East Boston to form what would become The Roy Nutile Orchestra and then The Tom Nutile Big Band. Along the way we’ve amassed a library of more than 800 arrangements, from original 1930s and 1940s Benny Goodman and Glenn Miller folios to 21st century charts written for the Mingus Big Band, Gordon Goodwin’s Big Phat Band, Harry Connick Jr. and Michael Buble. Our repertoire includes modern pop songs, rock, R&B, Latin dance and jazz tunes, the blues, holiday songs and patriotic anthems.

Our musicians have performed with some of the best-known big-band and pop groups in the world and have been on stage everywhere from Symphony Hall in Boston to stadiums and clubs in Europe, China, Japan, Thailand and the Caribbean. They are first-call musicians for recording sessions in Boston and New York. They have taught at the Berklee College of Music, New England Conservatory and Connecticut College. They are the best musicians you will find anywhere, and they play for The Tom Nutile Big Band, The Tom Nutile Octet, Septet and Trio.

Although a child of the classic era of rock ‘n roll, Tom grew up in a household where his father Roy’s music – Benny Goodman, Artie Shaw, Duke Ellington and Count Basie – shared equal billing with the Beatles and Rolling Stones.

As a teenager, Tom accompanied his father on small-group gigs in the Boston area, sitting in on saxophone and clarinet. When Roy reformed the big band he had led in East Boston in the 1940s and named it the Roy Nutile Orchestra, Tom held down one of the alto saxophone chairs and did the featured clarinet work.

Tom took over the ensemble and renamed it The Tom Nutile Big Band in the summer of 2003, expanding its repertoire to include more modern fare as well as the classics from the golden age of swing. He also began booking swing dances, corporate events and black-tie fund raisers for the band, while maintaining Roy’s busy schedule of outdoor summer concerts.

When not on-stage with The Tom Nutile Big Band, Tom stays busy leading the Tom Octet, Septet and Trio, serving on the Board of Directors and hosting a radio show at an NPR jazz radio station and performing on clarinet in concert bands and orchestras.

Jim Bramante brings the spirit of Frank Sinatra and Louis Armstrong as well as Van Morrison and Joe Cocker to the Tom Nutile Big Band.

This talented tenor is equally at home with swing classics, the modern big-band sounds of Harry Connick Jr. and Michael Bublé and 1960s soul and pop music. Jim, who majored in composition and performance at the renowned Berklee College of Music, has performed around the world.

He has worked with or opened for Sheena Easton, Barbara Mandrell, the Capitol Steps and Boston’s own Al Vega. 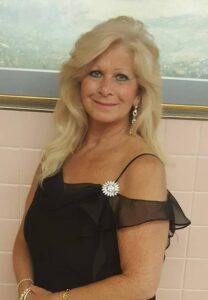 Marianne Talty has been singing since she was 5 years old, when she memorized and sang along to the movie soundtrack of “Carousel” with Gordon MacRae and Shirley Jones.

She has been singing professionally since age 16, performing rock and pop tunes with small groups in clubs and at weddings and functions.

Marianne joined the band in early 2016, when Tom mentioned to his male vocalist, Jim Bramante, that he was looking to add a female singer to the band.

Jim recommended Marianne, with whom he had collaborated for many years in pop ensembles. Marianne says that it is her dream come true to be able to perform swing, pop and rock music with a 17-piece big band. 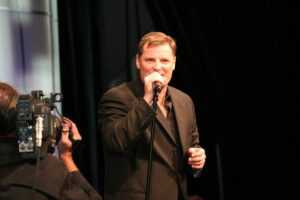 Born and raised in Dublin, Peter is as equally at home with the music of Frank Sinatra and Michael Buble as he is with Roy Orbison and Elvis Presley and modern pop and rock numbers. Given Peter’s Irish upbringing, if you make a request to the bandleader, he might just ask Peter to sing Danny Boy.